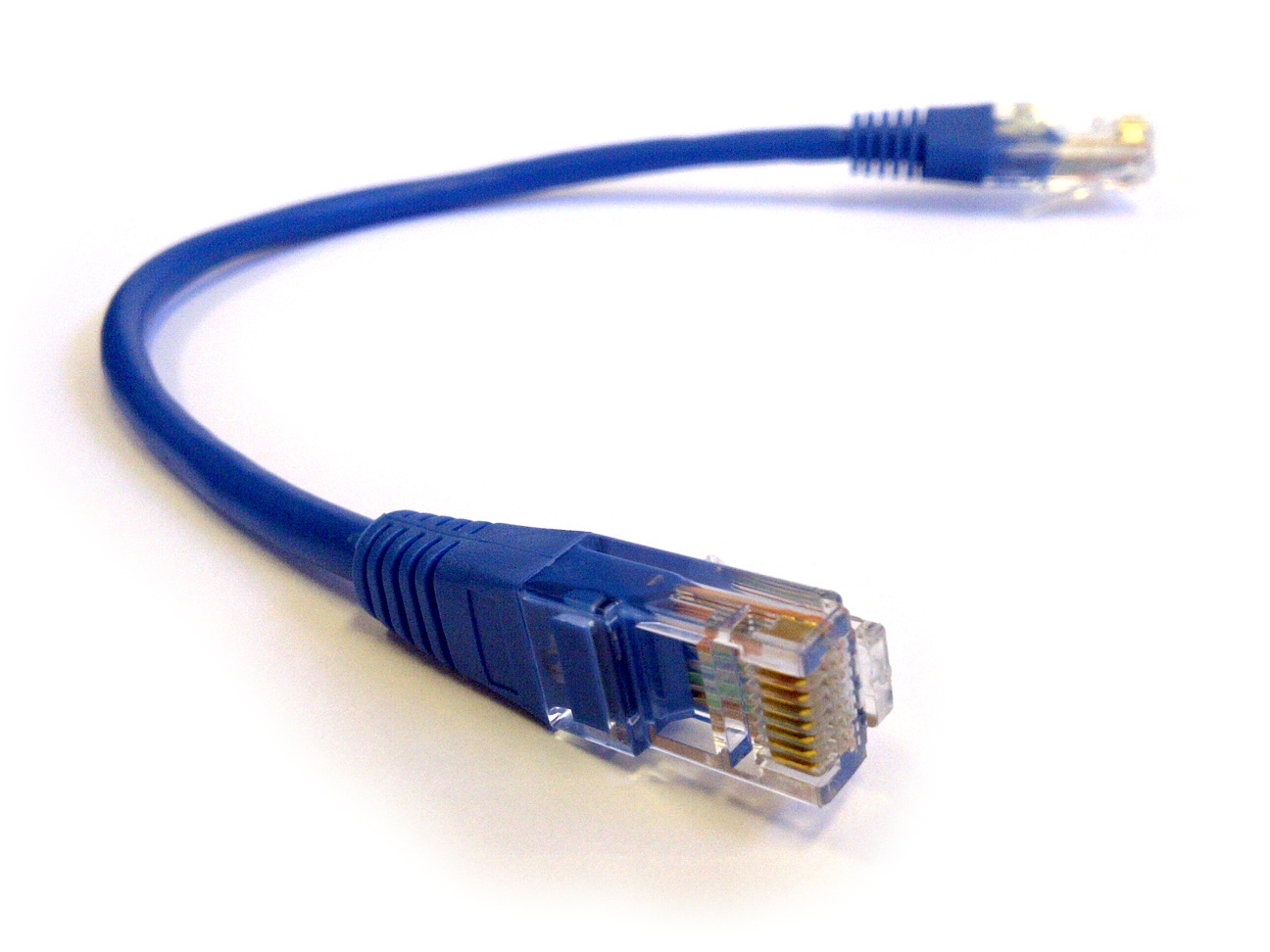 The Major Categories of Ethernet Cables

Ethernet cables have been evolving since the beginning of the Ethernet standard in 1985. Many different categories of Ethernet cable have been developed, and each category has different specifications as far as shielding from electromagnetic interference, data transmission speed, and the possible bandwidth frequency range required to achieve that speed. It is understandable that some confusion can arise when looking at all the available options for Ethernet cabling. Luckily, the category of cable is usually clearly printed on the cable’s sheath, so there can be no doubt as to the type of cable being used. There are also certain types of cables recognized as common industry standards. This guide will describe a few of the most common categories of Ethernet cable that are used in modern networks.

Category 3 Ethernet cable, also known as Cat 3 or station wire, is one of the oldest forms of Ethernet cable still in use today. It is an unshielded twisted pair (UTP) cable that is capable of carrying 10 megabits per second (Mbps) of data or voice transmissions. Its maximum possible bandwidth is 16 MHz. Cat 3 cable reached the peak of its popularity in the early 1990s, as it was then the industry standard for computer networks. With the debut of the faster Category 5 cable, however, Cat 3 fell out of favor. It still can be seen in use in two-line telephone systems and older 10BASE-T Ethernet installations.

Category 5 (Cat 5) Ethernet cable is the successor to the earlier Category 3. Like Cat 3, it is a UTP cable, but it is able to carry data at a higher transfer rate. Cat 5 cables introduced the 10/100Mbps speed to the Ethernet, which means that the cables can support either 10 Mbps or 100 Mbps speeds. A 100 Mbps speed is also known as Fast Ethernet, and Cat 5 cables were the first Fast Ethernet-capable cables to be introduced. They also can be used for telephone signals and video, in addition to Ethernet data. This category has been superseded by the newer Category 5e cables.

The Category 5e standard is an enhanced version of Cat 5 cable, which is optimized to reduce crosstalk, or the unwanted transmission of signals between data channels. This category works for 10/100 Mbps and 1000 Mbps (Gigabit) Ethernet, and it has become the most widely used category of Ethernet cable available on the market. While Cat 5 is common in existing installations, Cat 5e has completely replaced it in new installations. While both Cat 5 and Cat 5e cables contain four twisted pairs of wires, Cat 5 only utilizes two of these pairs for Fast Ethernet, while Cat 5e uses all four, enabling Gigabit Ethernet speeds. Bandwidth is also increased with Cat 5e cables, which can support a maximum bandwidth of 100 MHz. Cat 5e cables are backward compatible with Cat 5 cables, and can be used in any modern network installation.

One of the major differences between Category 5e and the newer Category 6 is in transmission performance. While Cat 5e cables can handle Gigabit Ethernet speeds, Cat 6 cables are certified to handle Gigabit Ethernet with a bandwidth of up to 250 MHz. Cat 6 cables have several improvements, including better insulation and thinner wires, that provide a higher signal-to-noise ratio, and are better suited for environments in which there may be higher electromagnetic interference. Some Cat 6 cables are available in shielded twisted pair (STP) forms or UTP forms. However, for most applications, Cat 5e cable is adequate for gigabit Ethernet, and it is much less expensive than Cat 6 cable. Cat 6 cable is also backwards compatible with Cat 5 and 5e cables.

Category 6 a cable, or augmented Category 6 cable, improves upon the basic Cat 6 cable by allowing 10,000 Mbps data transmission rates and effectively doubling the maximum bandwidth to 500 MHz. Category 6a cables are usually available in STP form, and, as a result, must have specialized connectors that ground the cable.

Category 7 cable, also known as Class F, is a fully shielded cable that supports speeds of up to 10 Gbps (10,000 Mbps) and bandwidths of up to 600 Mhz. Cat 7 cables consist of a screened, shielded twisted pair (SSTP) of wires, and the layers of insulation and shielding contained within them are even more extensive than that of Cat 6 cables. Because of this shielding, they are thicker, more bulky, and more difficult to bend. Additionally, each of the shielding layers must be grounded, or else performance may be reduced to the point that there will be no improvement over Cat 6, and performance may be worse than Cat 5. For this reason, it’s very important to understand the type of connectors at the ends of a Cat 7 cable.

The following table summarizes the most common types of Ethernet cables, including their maximum data transmission speeds and maximum bandwidths.

With each successive category, there has been an increase in data transmission speed and bandwidth. To fully future-proof a network installation, the highest categories are recommended, but only if all of the other equipment on the network is capable of similar speeds. Otherwise, expensive cables will be only as fast as the slowest piece of hardware on the network.

The ends of Ethernet cables that connect into a NIC, router, or other network device are known by several names. Modular connector, jack, or plug are the most commonly used terms. Shorter lengths of Ethernet cable are usually sold with the connectors already installed, but for custom installations requiring longer lengths, cable is often sold in bulk quantities, and connectors must be installed on the ends.

The most common type of connector for Ethernet installations is referred to as an “RJ-45” connector. It is officially known as an 8P8C connector, but this term is rarely used in the field, and the term “RJ-45,” which was the telephone industry’s term for this connector’s wiring pattern, has become the customary colloquial name for the connector itself. Categories 3 through 6 all use the RJ-45 connector, but Cat 7 utilizes a specialized version of the RJ-45 called the GigaGate45 (GG45), which grounds the cable and allows for higher data transmission rates. There are two standard pin assignment configurations for RJ-45 connectors: T568A and T568B. The T568A standard is typically used in home applications, while T568B is used in business applications.

Other Qualities of Ethernet Cables to Consider

There are a few important considerations that apply to all Ethernet cables. Data transmission rate and bandwidth both decrease with the increase of cable length, so the shorter the length, the better. For 10/100/1000BASE-T networks (those that have maximum speeds of 10, 100, or 1000 Mbps, including all the aforementioned cable types except for Categories 6a and 7), 100 meters is the maximum allowable cable length before the signal will degrade. For category 6a cables running at 10 Gbps speeds, 55 meters is the maximum allowable length, and even this length is only allowed in very good alien crosstalk conditions, or areas of low interference, such as when the cable is located far away from other cables that could cause interference.

There are some other terms regarding cable terminations that can complicate the shopping experience. Some cables are referred to as patch cables, while others are called crossover cables. Even though crossover and patch cables may look the same, they function differently. A patch cable is one that terminates with the same type of connector standard at both ends. The connectors terminating a patch cable can use the T568A or T568B standards, but both ends must be the same. A crossover cable, on the other hand, has one end that terminates in a T568A connector and another that terminates in a T568B connector. Patch cables are used to connect devices that are different from one another, such as a switch and a computer. Crossover cables are used to connect similar devices, as when a switch is connected to another switch, for example.

Another important distinction in Ethernet cables is whether they contain solid or stranded conductors. Solid conductor cables have one solid wire per conductor, while stranded conductor cables have several strands of wire (typically seven) wrapped around each other to form a single conductor. Each type has its own advantages and disadvantages. Solid conductor cables are best for fixed wires within the walls or structure of a building. The single conductors are sturdy enough to be punched down into wall jacks and patch panels, but not as easy to install into a typical RJ-45 connector. Stranded conductors, on the other hand, can fray when punched down into wall jacks, so they are better suited to be crimped into an RJ-45 connector. They are also more flexible and forgiving when bent at sharp angles, so they are better suited for patch cables and applications where the cable may be rolled up or otherwise moved around.

When you’re setting up an Internet connection in your home or office, you’ll need to obtain the proper Ethernet cable to attach your computer to the modem. While connecting the cable is typically a simple task, finding the right one may be a bit more complex. While Ethernet cables may all look similar to one another, their specifications vary widely. It’s important to research what type of cable will work with your equipment, and you’ll also want to consider things like the price and quality of the cable, as well as the types and number of devices you’ll be connecting to your network. You could go for a cheap, industry standard solution such as Cat 5e cable or future-proof your network by opting for a Cat 7 cable. If you’re looking to connect one switch to another or bypass a router, maybe crossover cables are the solution, or maybe you need a lot of patch cables to connect more devices to your network. In any case, you’ll also want to ensure you’re purchasing the right length of Ethernet cable, and properly addressing any interference concerns. No matter what your networking needs are, eBay is sure to have the category, length, and condition of Ethernet cable to get you connected.

Please leave a comment about your query below as well as if you find another tricks then please let me know in the comment section below.

How To: Cleanup System Files to Free-up Maximum Disk Space in Windows

How To: Write in other Native Languages (e.g. Russian, Hindi, Urdu, etc) by...
Scroll to top
Translate »