Smartphone batteries don’t last forever, and some devices have an almost-embarrassing screen-on time. Those big luscious AMOLED and LCD screens are an obvious drain on your battery, but there are lots of things you can do behind the scenes to make your Android last longer. Read on for our best battery saving tips.

First, some background: most smartphones have either a Lithium Ion battery or a Lithium Polymer battery. Both are Lithium Ion though, and as such, do not have a ‘memory’, which means you don’t have to fully charge or discharge them at the beginning, and partial charging is fine throughout their life.

In fact, these types of batteries suffer from low voltage problems, so it’s actually better to partially charge them (say, from 20 percent to 90 percent) than to fully charge and fully drain them. Battery care is always open for debate though, so for every accepted tip there will be someone that says it makes no difference. Just find the ones that work for you.

1. Black wallpaper can save battery 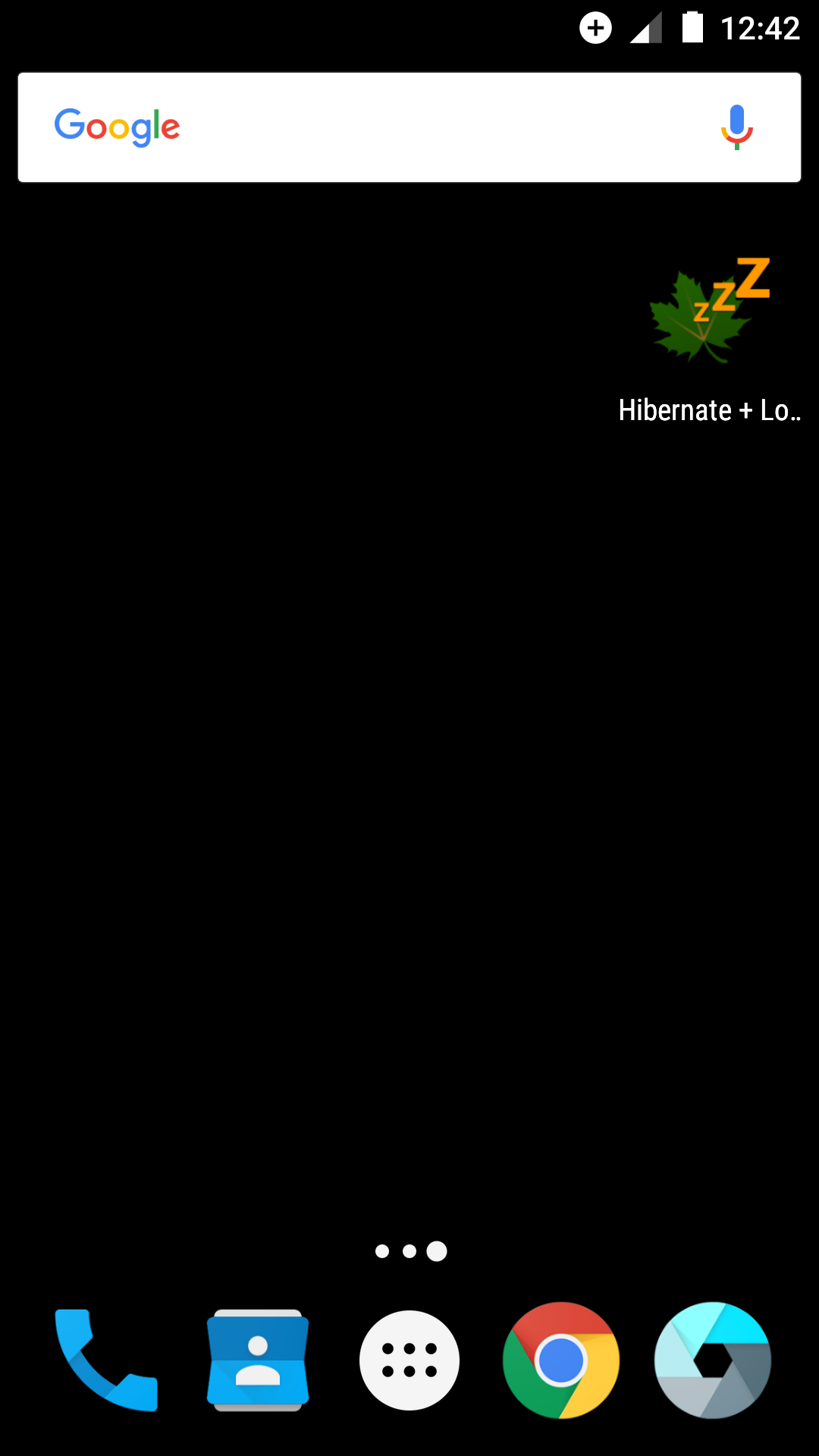 If your phone has an AMOLED screen (like most Samsung devices), use a dark-colored background. Black wallpaper can save your battery because AMOLED screens only illuminate the colored pixels. Black pixels are unlit, so the more black pixels you have, or the more darker pixels, the less power is needed to light them up.

With the arrival of Marshmallow comes a new feature called Doze, which helps you get more out of your device’s battery. Along with Google Now on Tap, Doze is the most notable addition to Marshmallow. It is enabled by default and essentially allows your device to enter hibernation mode when it has been sat unused for a prolonged period of time.

The effect of this is that your phone now sleeps when you sleep, and will lose just 3-5 percent of its battery power during and average night, rather than up to a quarter, as it would have done without Doze.

Apps are not obliged to use Doze, and you can view which ones use it and which don’t in Settings and edit the list if you want to.

In addition, Sony has said it’s planning to incorporate its own enhanced stamina mode into Marshmallow for its Xperia range.

Unlike many Android apps that claim to optimize performance and improve battery life, Greenify actually works. Greenify allows you to put other apps into hibernation when they aren’t in use, preventing them from operating in the background.

This frees up system resources and boosts battery performance, but requires a bit of thought. For Greenify to be effective you can’t just hibernate every installed app. But since there are a lot of Android apps that perform actions you don’t know about, or necessarily want, this is a useful tool. 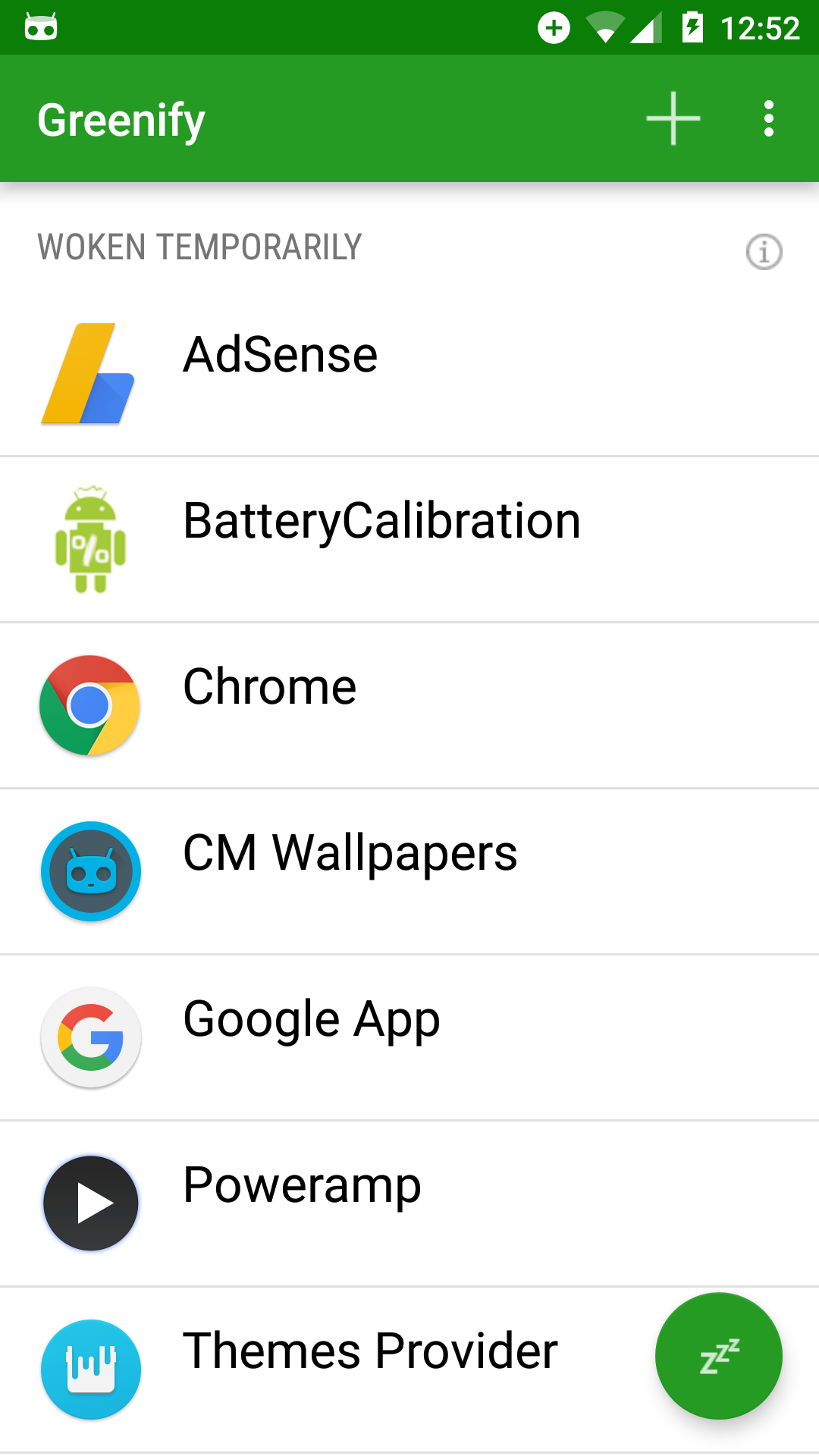 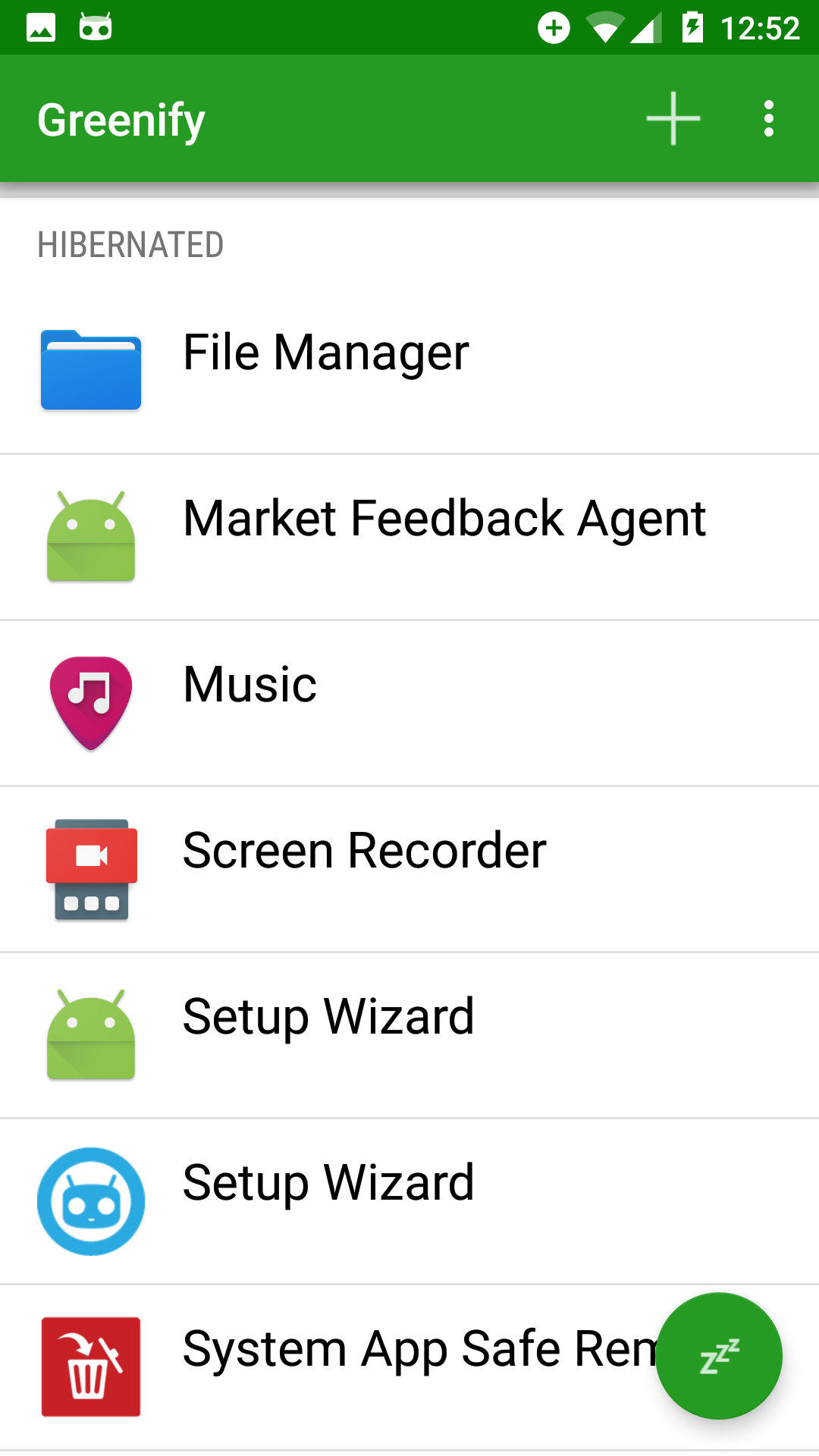 Don’t use display auto-brightness. It may sound useful, but auto-brightness is usually way brighter than you really need. It’s better to manually set the brightness to a level that is low but comfortable, and bump it up when necessary. This is one of the best ways to improve your battery life, because the screen is one of the biggest battery suckers.

Set your display’s screen timeout to as short a time as is practical for you. Just think, if your screen timeout is set to a minute, it’ll use four times more power than if it were set to 15 seconds.

Studies report the average smartphone user turns their smartphone on 150 times a day, so the difference between a long screen timeout and short one soon adds up. Reducing it will help keep your battery running for longer.

6. Your phone doesn’t have to be smart all the time

Turn off smart features like air gestures and smart scrolling, especially if you have a Samsung. Unless you really use these features every day, they’re just using battery power for no reason.

7. Turn off vibrate and haptic feedback to save battery

Switch off vibrate. Unless you really need that added awareness, turn off vibration alerts for incoming calls. It actually takes more power to vibrate your phone than it does to ring it. Turn off haptic feedback too (that buzz you get from typing on the keyboard). Sure it feels cool, but it doesn’t really add anything to your experience, and it’s another battery drainer.

If you’re using Android KitKat, try using lock screen widgets or notifications if your ROM supports them, or install an app that does it for you like Dynamic Notifications. You’ll be able to get basically all your content without having to unlock your phone fully and navigating around. You’ll still need to light your whole screen up, but you’ll have it on for much less time than normal.

9. Only use original batteries

Only use original batteries or respected third party manufacturer batteries. Saving a few bucks on a battery that might damage your beloved smartphone is a poor choice indeed, and may also deliver sub-standard battery performance.

Set sleep times or blocking mode to switch off Wi-Fi and mobile data when you don’t need them. If your phone is basically off limits at work, set your device to not ring, vibrate or connect to the internet while you’re at work. Many phones have a Do Not Disturb setting for just this purpose.

Likewise, you can set your phone to airplane mode when you’re asleep or use sleep or blocking modes to set up limits for what your phone does during certain times of the day, whether that’s while you’re asleep, at work or in a meeting. Cool apps such as IFTTT let you create rules that can help you save battery life too.

Get to know the specific settings your ROM offers. Not only will you have to fiddle with your phone less throughout the day (or night), but you’ll be saving on battery life too.

Turn off GPS, Bluetooth, NFC, Wi-Fi and mobile data whenever you don’t need them. Turning off location data, or changing your Location settings to use Wi-Fi or 3G data rather than GPS works perfectly well.

Only turn on Bluetooth and NFC as long as you need them (even though they consume very little power), and there’s no need to have both Wi-Fi and mobile data turned on at all times, especially if you know exactly when you’ll need one or the other.

If you use Wi-Fi a lot though, say at home and at work, then it makes sense to keep set your Wi-Fi to ‘Always on during sleep’ as this uses less power than to have your Wi-Fi reconnecting every time you wake your phone.

12. Don’t get bogged down by widgets

Ditch widgets you don’t need, especially those connected to the internet, such as weather widgets. If you have multiple widgets across several home screens, which are constantly syncing and updating (Twitter, reddit, weather, Gmail and the like), you’re not doing your battery any favors. Just hit the apps when you need them.

13. Don’t let your apps fall behind the times

Keep your apps updated. There’s a reason developers constantly update apps, and most of the time it’s memory or battery optimization. Keeping your apps updated also means you have the best optimizations available. Likewise, delete old apps you no longer use, because these may be running background processes that chew up RAM and battery life.

14. Explore the battery saving features on your phone

All ROMs, whether stock Android, OEM UIs such as TouchWiz or custom ROMs like CyanogenMod, have various settings in the menu to help conserve or optimize battery consumption.

15. Use your basic battery saving mode

Even if your phone doesn’t have layers of battery saving features like some (or you simply don’t want disable so many features), at least make use of the basic battery saver mode. Even stock Android Lollipop has it by default and Android M has the great Doze feature (as mentioned above) to help reduce battery consumption while your phone is asleep.

16. Don’t fall into the auto-sync trap

Some apps – like email – let you manually refresh when you launch them, rather than multiple times throughout the day when you may not need them to. The same goes for Twitter, reddit and co. Unless you need constant updates or push notifications (like for Facebook or your calendar) just sync when you actually use the app.

17. Manually update apps when it’s convenient for you

If you’re concerned about conserving battery life, the last thing you want to see is a whole slew of apps automatically updating. Just take a look at the screenshot below: if this happened when you were running low on juice you’d be in trouble. You’d also have no data left. You can manage your app auto-updates in the Play Store settings or individually for each app.

Stop your phone from always listening. Google’s OK Google voice searching is a fantastic and often very functional feature. The problem is that it can play havoc with your battery. Especially if you don’t actually use it or only use it occasionally.

Go into Google settings from your app drawer and tap Voice heading. On the next page, select OK Google detection. In this menu, the best option for battery life would be to untick all the boxes, but if you are a fan ofOK Google, just tick theFrom the Google app box to ensure your device is only listening when you’re in the Google app.

Every carrier is different. The way they transmit data, the frequency bands they use, etc. But if you want one sure way to dramatically change battery performance, this is it.

Of course, often you are locked into certain contracts for two years or more, and can’t change your carrier in that time. But next time you upgrade, it might be worth doing some research into which network is going to provide the best standby times for your handset.

20. Don’t be so mobile obsessed

This may sound weird, but because the screen is the biggest battery sucker on any Android, not turning your phone on as much is the best thing for your battery. I’m not saying to never check your phone, but do you really need to check it every 10 minutes? Probably not. Try to exercise a little restraint throughout the day and watch your battery life grow.