This tutorial is going to show you how to install ADB & fastboot on Ubuntu, which is quite easy.

What is ADB and Fastboot

ADB and fastboot are two components of the Android SDK Platform-Tools.

ADB stands for Android Debug Bridge. It’s a command line utility that allows you to do the following stuff:

How to Install ADB and Fastboot on Ubuntu

Follow the tutorial below or Watch this video also.

It’s super easy. Simply run the following commands in a terminal window to install them from Ubuntu repository.

While you Android device is unplugged from USB, go to your Android settings, scroll all the way down and tap About phone or About device. Then tap Build number 7 times which makes you a developer.

SEE HOW TO ENABLE USB DEBUGGING IN ANDROID

Now go back to the settings, you will see a new button called Developer options. Tap that button and enable USB debugging.

To check if ADB is working properly, connect your Android device to your Ubuntu computer via USB cable. After that, type the following command in your Ubuntu terminal window.

Also check if Fastboot is working properly, connect your Android device to your Ubuntu computer via USB cable. After that, type the following command in your Ubuntu terminal window.

You will be prompted to allow USB debugging from Ubuntu computer like the screenshot below. Select OK. 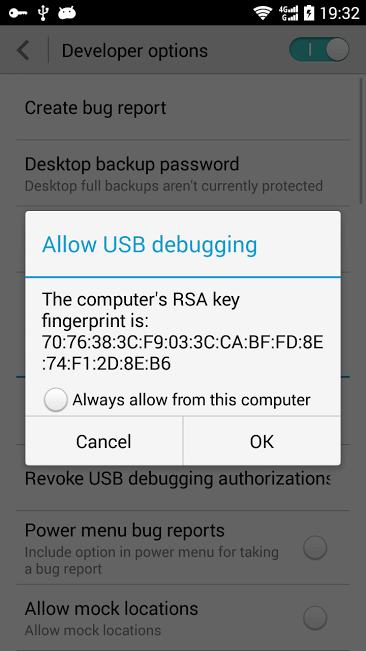 Then type run adb devices  or  fastboot devices  command again and your Android device will show up.

If you get the following error,

Then all you need to do is restart adb daemon, run

How To Recover Lost or Deleted Contacts on Android